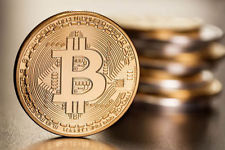 In modern life digital technology plays a vital role in every aspect of human life, almost all the things that are used by the people has digital touch. This became more prominent in case of money. As money is needed to fulfill the necessities of the people it would be difficult for the people to carry huge amounts of cash from one place to another due to security reasons. To avoid such problems card system is introduced, that helps a person to carry money in the form of cards such as credit cards, debit cards etc. It is also transferred online to make huge amounts of transactions easy. Though they are properly secured with pin numbers it would be difficult for a person if the cards were lost or if transaction got mishandled due to human or machine error. To overcome such errors and loss of cards a new type of currency called as ‘cryptocurrency’ has been introduced in the latest days in easy terms it is called as ‘digital cash’. The digital cash is termed as bitcoins. The monetary cash has less value when compared to a bitcoin.

The concept of bitcoin has been introduced by a person known as Satoshi Nakamoto. It is the first decentralized digital currency where the currency is exchanged from peer to peer in a network without the help of any third party. By using cryptography the transactions are taken place between two users. The transactions carried by the users are shared among the immutable public ledger called as ‘block chain’. Before sharing the transactions to the block chain they are verified by the ‘nodes’ present in the network. A user can earn a bitcoin by using a process called ‘mining’. With the help this mining process every user can earn some bitcoins and use them for their own transactions. In order to store the earned bitcoins a secured digital wallet will be provided to the users to protect them from hackers. After earning certain number of bitcoins they can even be converted into required currency according to the user’s criteria. As the network is decentralized, the transaction carried out in network will be verified and the transactions will be revised and recorded at frequent time intervals in order to maintain a track on the transactions carried between the users among the network. By using this peer to peer transaction process one can be free from third party payments and many human and machine errors that may occur during a money transaction.