The large scale refrigeration is done for export of frozen foods, or sent to the local states but have to be kept refrigerated till they reach destination. Refrigerated goods that are used as raw materials for the production of other products are required. Industrial refrigeration may include huge cooling chambers or walk in cooling rooms. There are various storage houses which have these refrigeration amenities to give the products from spoilage. Large ships or boats which carry perishable items carry refrigeration equipment especially for fish. 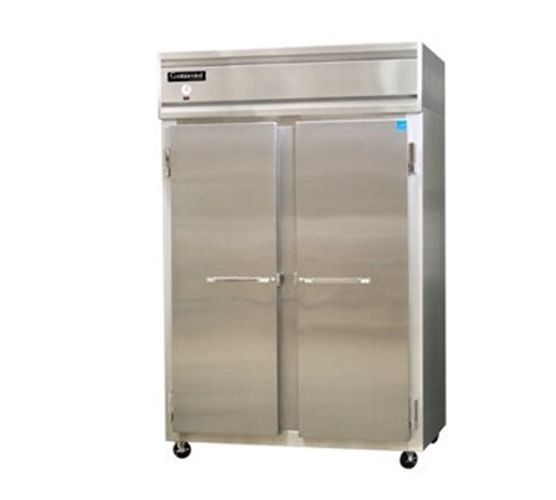 Warehouse refrigeration is of prime importance for any country as most of the surplus food and food storage for emergency situations are required to these refrigeration systems in place working all the time. They would need large amounts of power supply, with good back up in case of power outage as tonnes of food will be spoilt. The large scale refrigeration has to have proper maintenance check ups on a regular basis and well as clean up too.

Initially and till few years back the the coolants that were used for refrigeration weren’t so good for the humans. They contained higher amounts of toxic chemicals which even caused the hole in the ozone layer. But years of research and evolution in the refrigeration technology and better coolants are now being used so that they don’t cause harm to the environment and humans too. The manufacturing industry which supplied these coolants for the industrial refrigerators had to find effective as well as cost reducing component.

Industrial refrigeration is inclusive of the following components

Using of the carbon dioxide systems, which is the now the latest in the foray of energy conserving, money saving along with environment friendly way for the industrial refrigerators.This became the green model for all recent refrigeration systems. The experts in the field have seen that there are lesser over heat costs, cleaner energy use and more effective in terms of cooling.

The flawed ammonia systems previously followed was up against environment activists. But the new system throttles all the flaws and finds a good place in the world of refrigeration.The best part of modern day refrigeration technology enables the users to refurbish, modify, adapt, maintain and repair without hassles. There is very good after care customer service with customised approach so the individual care for the kind of refrigeration you have adopted for your refrigeration system.